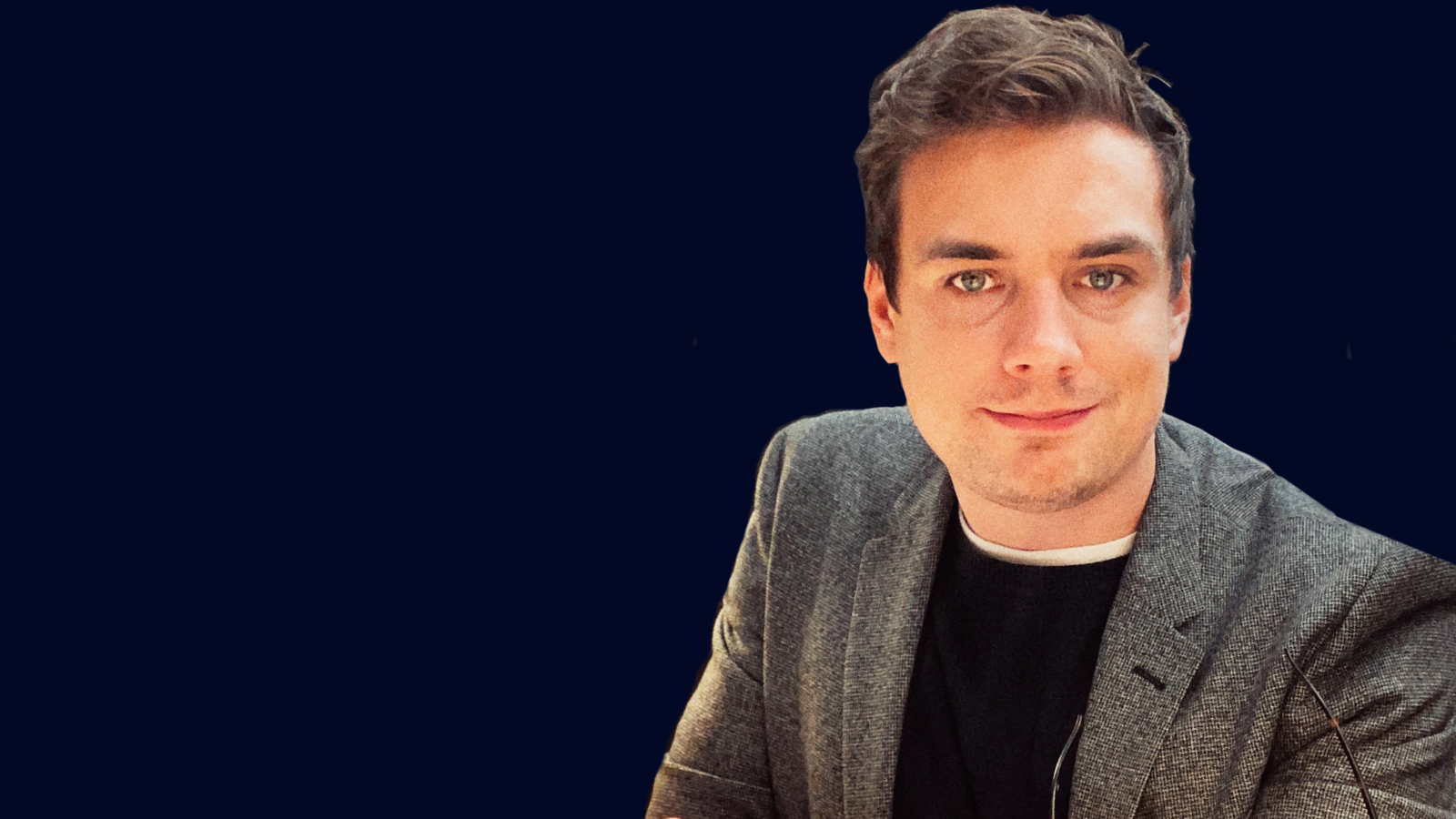 Igor Lys (MA in International Affairs) is a French advisor in international relations, and a founder of Gambit – one of the leading French governmental consultancies on questions of governance, innovation, and global leadership.

Igor Lys, you are the founder of Gambit, an international affairs advisory that helps governments to better use their potential. Is there a hidden potential in governments that is currently not utilized and why?

There is potential in every government. Essentially, the question is what are the factors that block the realization of this potential.

Leo Tolstoy writes in Anna Karenina that all happy families are happy in the same way. I believe that this applies to governments as well. Efficient governments are all efficient in more or less the same way. However, each problematic government has its own issues that are often unique. Whereas all governments are facing the same structural problems, the solutions are limited by or dependent of different constraints be they, for example, social, geographical, historical, external, or internal. And complex societal problems require complex solutions that are necessarily customized and tailored on an ad hoc basis.

At Gambit we help governments, and sometimes also companies that have a particular social responsibility, to solve these complex problems. Through our on-demand task forces, we provide fit-for-purpose expertise.

What kind of opportunities digital technologies can offer to governance?

I would underline three main axes of where digital transformation is most useful for governance: speed, availability, and quality.

Speed, because digital technologies are rapid, and programs of different levels of sophistication, from basic automation to advanced AI, can provide solutions to different problems in less than a second, and deliver these solutions. Tomorrow, your driver’s license will be in a digital form, maybe as an NFT. If something happens, imagine you lose your phone, you can just generate a new one via a chatbot and automatic ID verification systems – the whole thing will take a couple of minutes, against days or weeks of dealing with ‘paper bureaucracy’.

Availability means government services will be available to everyone and always through a variety of gadgets – smartphones, smart watches, smart TVs, etc. This allows an incredible raise in accessibility of service to everyone.

Finally, quality means that governance will eventually produce less errors and be more efficient. Questions like licensing, state aid, or eventually even justice, will be more efficient through data-driven decision-making. Just like the roads where all cars are AI-driven will be much safer, the world where governance is ensured by some form of digital and human decision-making will produce better solutions for the citizens.

All this, obviously, if we are lucky and smart. It is not very difficult to imagine scenarios where the opposite happens!

You have said that there is an emergency in changing the way societies are governed. What do you mean by this?

Public governance is not really adapted to technological realities of today. Our private life may be very digitalized: we use digital services like Uber, Deliveroo and Netflix in our everyday lives. This is not the case in our interactions with the State. Some governments, like Estonia, United Arab Emirates or Singapore, have begun delivering services in a similar manner and can be considered as forerunner governments in digitalization. But in general, our governance systems are not very different to what they were centuries ago in the way power structures are organized. Like many banks that have great apps but have core banking systems that run on Cobol-based infrastructure from the 1970s, governments may have a shiny hi-tech shell, but an ancient and inefficient core.

In a situation where societies and their structures don’t evolve as rapidly as technology, there is a risk that technology starts serving these old structures. We might end up having an old society with old problems blocked or even reinforced by technology. In a situation like this, technology would – at best! – serve the status quo, which is far from perfect.

Unchanged governance, combined with rapidly evolving technology, creates the same problems we have always had, but on a much larger scale. This is the emergency I’m referring to.

You said that societies are not adapting to these changes. What can we do about this?

This is a very complex problem. Reforming is difficult as there is usually a strong conservatist reaction to reforms. And even if we were able to reform without such constraint, we must first be able to define what really needs to be reformed and how to do it. But how do we know that our approach will be the right one?

Simply breaking all structures is rarely a good solution. In my opinion, the best scenario is when societal change happens organically. Technology would then function as an inspiration and an enabler of such a change. However, the history shows that it isn’t as simple as that. In the early ages of Internet, the pioneers of the time were determined to change the world. At the end of the day, they became billionaires and ended up maintaining the status quo and blocking or trying to direct, rather than facilitating, organic change.

How could the societal change come about?

Change in societies is slow and difficult. From the history, Soviet Union is one of the biggest attempts to design and impose societal change. In the present day, China is another example of an attempt to redesign society as a whole. However, many researchers have argued that as there is always organic development in societies, society by design and states’ attempts to systemize everything rarely works because there are just too many chaotic factors in interpersonal relationships to control.

I believe that you can’t generalize change. Every society adapts to its own, and there is no such thing as universal rules of general adaptation. There are global megatrends that have an impact, but they are usually interpreted through local problematics. Maybe when everything is fully digitalized, societies will eventually become transformed to the core, but we are very far from that today.

Data is increasingly used in political campaigning, more than just in targeting ads. Can you explain how political parties utilize data in policy-making and campaigning?

Technologies today would technically allow candidates to fetch all the data on potential voters. Based on this data, it would be possible to generate an image of the candidate that matches the person’s interests and personal belief systems, visible and targeted in all social media channels. I don’t think such a tool exists yet, but it would technically be possible.

Essentially, data helps to better sell your ideas. Whereas campaigning is one case study on the use of the data, the more interesting question is how data is used in political decision-making processes.

Politicians’ main interest is often limited to getting to power and staying there. In theory, data could start serving this purpose; decisions would be taken based on what the voters would like to see instead of what is needed. Would you rather take decisions that go against data, but for your own gain? Or are we as humans so by-passed by computing that our own decisions don’t matter anymore because we trust data so much? This is where the dog is buried.

You speak about the concept of neopolitics. What do you mean by this?

I like the term because it’s not some sort of a new paradigm, but rather an upgraded version of ‘normal’ politics. There is a wide variety of different interpretations to it. Essentially, neopolitics is the political fear of the unknown.

Our decision-making system, among other things such as hierarchical structures of our societies, is fundamentally the same as it was centuries ago. However, we are adding new socio-technological layers on top of that. These layers have never existed before: big data, AI et cetera are changing the way politics work – and governments have zero precedence of this change.

This is why conservative forces are thriving. Conservative forces want to hold on to their power in a new reality where power has become diluted. This is visible currently, for example, in Russia where Putin is trying to build a case for the New Europe, which, in reality, is precisely the Old one.

Societal change is accumulating, and its effects are becoming more and more visible. This generates some form of a panic in establishments. Closest comparison of a similar situation would be the French revolution and the fear it generated across Europe of becoming contaminated with this new form of ‘democratic’ society. Today, establishments don’t know what to do and are afraid that they’ll lose their grip on societies. This generates a reality driven by this anticipation of the future unknown effects of technology, which gives the ‘neo’ to politics.

Digital technologies have revolutionized access to information and information channels. What implications does this have for parliamentary democracy? Who represents us?

To my mind the real question is rather: is parliamentary democracy even adapted to the society we are living in? What does it mean to be represented and what is the sense of making a law?

In his book Future of Politics Jamie Susskind speaks about law in the form of code. In western societies, we are almost more limited by code than by law. However, we are not at all represented in the code. We can’t even access it to read it, and if we could, we wouldn’t understand a thing!

In a certain sense, instead of talking about data and how it works for parliamentary democracy, we should focus on the whole system rather; we should be asking questions that concern the way we live first, like what does concepts like freedom, representation, law, civil responsibility mean. Only after that, we can talk about data and its role.

We are in the middle of big societal change. What should we as citizens think about this; should we be worried?

There are two things I want underline.

First, as citizens, we should always be worried. Second, it’s a dangerous generalization to say ‘we as citizens’. If we stop considering these things case by case, looking at nuances, we are on a wrong path. Are we all equally ‘citizens’? Are we all really citizens, actively and knowingly involved in the political world around us?

If we are indeed citizens, we must be worried, or at least alert, because being a citizen comes with the responsibility to understand and be curious what’s happening around us. If we are not worried about the worst case scenarios of what societies are evolving towards, and not ready take at least some form of action to divert them from this course, we are just giving others the carte blanche to do whatever they want. And they will be the citizens, not us. Therefore, I believe we should be less concerned with big tech and technological paradigm shift, and more with the basics: what is happening around us and not being aware of where the society is headed to.